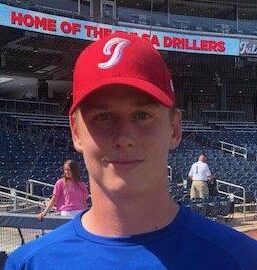 The Tulsa World is reporting that Matt Merrill, former HWSA All-American and Tulsa NOAH Jaguars standout, has taken another step in his baseball dream, signing a minor league contract with the Washington Nationals on Thursday, just 3½ years after last competing at the HWSA.

We noted in our “Next Level Tally” for 2020 that Matt had just signed with the Tulsa Drillers, a AA affiliate of the Los Angeles Dodgers. Merrill’s velocity reached 95-97 mph this summer with the Drillers; he posted an impressive 0.71 ERA and averaged more than 2 strikeouts per inning, with 27 Ks in 12.2 IP. With stats like that, it’s no wonder he drew the attention of Washington Nationals scouts! 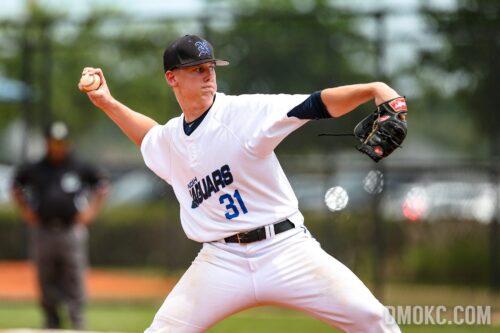 We remember the high school version of Matt Merrill, who brought the heat pretty well even back then. This pic, courtesy Defining Moment Photography, is from the 2016 HWSA Championship game, in which Merrill took the mound for Tulsa, allowed just 4 hits over 6 innings, and paired with an explosive offense to post a resounding 13-3 victory over Raleigh, winning the NOAH program their first ever HWSA National Championship.

Go show ’em what you can do Matt! HWSA nation is praying and cheering for you!