Class of 2021 adds to Alumni at Next Levels

From this year’s graduating class, fourteen players have advanced on to collegiate play:

This bring the total HWSA Alumni tally to 198 players who have gone on to play college ball. An amazing total, isn’t it? Check out the full list here…

And our alumni haven’t stopped there. We know of 8 HWSA alumni who went on to the Minor leagues. Two are still active now!… 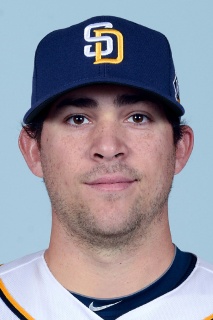 To our knowledge, there is only one HWSA alumnus who has made it to an MLB roster. Jake Smith, eight years after competing as a senior for the Augusta Crusaders in the 2008 HWSA tournament, was waived in July 2016 by the San Francisco Giants AA team in Richmond (after 4½ years in their system). He was probably wondering if his baseball career was coming to an end, short of his ultimate goal of making it to the majors. Providentially, the San Diego Padres weren’t about to let an arm of his talent clear waivers; they claimed him and soon elevated him to their MLB roster for the remainder of the 2016 season.

Making 4 appearances from the Padres’ bullpen that season, Smith allowed just 2 runs, 5 hits and 1 walk, striking out 3. His career MLB ERA is a very respectable 4.50 (as is his minors ERA at 3.23). It was a short stint in the Majors, as San Diego sent him to AAA in 2017, but in that short time, Smith validated the Padres’ belief in him and proved he could compete at the MLB level.

Hats off, Jake, for making your dream come true, and for showing everyone affiliated with the HWSA tournament that with talent and lots of hard work, it’s possible for homeschool ballplayers to reach the pinnacle of the sport.

Please contact us if you have contact information for any of these players. We would love to write up their stories on the HWSA website so our community can hear about their baseball journey.

Also, please visit our Alumni Page and let us know if there are other HWSA alumni who’ve made it to the next level(s) – we’d love to include them in our listing.